Hills to Discern On 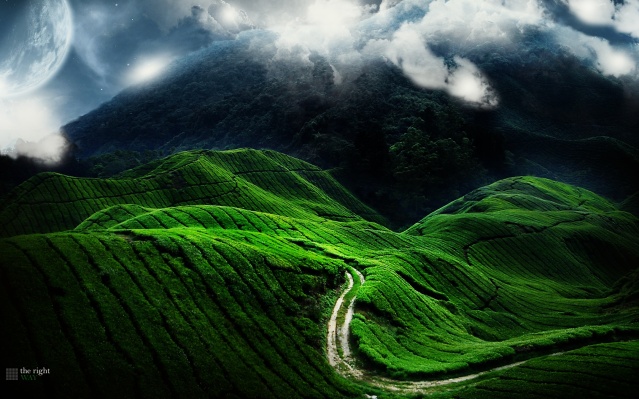 There is no shortage of blogs, articles, sermons, status updates, or tweets on any given spiritual topic. In fact, everyone seems to be an authority when it comes to “rightly dividing the word of truth.” The greek and hebrew scholars seem to disagree with the Old Testament and New Testament Scholars respectively. The Baptists disagree with the Presbyterians. The liberals disagree with the conservatives. Meanwhile, the word of God is treated more like an idol or a storybook than a revelation of God Himself. My point isn’t that there aren’t scriptural, doctrinal, or moral hills to die on; however, that perhaps those hills should be more carefully chosen. There are at least four such hills that need more prayerful consideration than they currently receive.

1. The Hill of Politics

Politics is an already complicated area, which is even more complicated as it relates to interaction with faith. All too easily believers can fall into one camp or another and fail to truly exercise discernment. Does the Christian life really run parallel to a party line? Brennan Manning offers words worthy of consideration.

The anything-goes passiveness of the religious and political Left is matched by the preachy moralism of the religious and political Right. The person who uncritically embraces any party line is guilty of an idolatrous surrender of her core identity as Abba’s Child. Neither liberal fairy dust nor conservative hardball addresses our ragged human dignity.

My intention is not to take a shot at both sides, but to call all believers to be more intentional as they contemplate these various issues. There are weighty matters that need salt and light, yet saltiness and light can only be put into action by the word and the Spirit.

2. The Hill of Preference

Personal preferences have a tendency to be elevated to convictions. What one personally thinks is considered right, while others’ thoughts are vilified. The result in our churches is a mass confusion over what is right, wrong, good, bad, loving, unloving, wise, and foolish. If preferential issues are made convictional issues, then the line between breaking fellowship and establishing distinctions because of practicality is horribly blurred. Such a blurred line prevents the sweetness of community on one hand and the necessity of true contrast on the other. However, if preference is relegated to its rightful place, then both fellowship and diversity can be preserved.

3. The Hill of Orthodoxy

Tradition often finds its place next to the commands of God. The disciples were rebuked by the pharisees for not washing their hands prior to eating (Matthew 15:1-3). On another occasion Jesus had an encounter with a Pharisee who was astounded that He did not perform the ritual washing before dinner (Luke 11:37-38). In each instance Jesus rebuked the Pharisees. In the first He pointed to their elevation of tradition over the commandment of God and in the second He contrasted their external cleansing with their internal wickedness. How have we insisted upon the washing of the hands at the cost of Jesus’ radical “sermon on the mount” purity (Matthew 5:21-48)? Where have we substituted orthodoxy of tradition for the orthopraxy of transformation?

4. The Hill of History

Church history is not equivalent to doctrinal orthodoxy. Certainly church history is worthy of our study, learning, comparison, and application; however, if patristics are used as equivalent to scripture, then we’ve traded sola scriptura for what Luther said, so to speak. When various other authors, or even church fathers, are quoted with the same authority as scripture itself, then we need to take a step back and evaluate our footing.

Make no mistake, there is no follower of Christ without doubt or struggle. Perhaps we should change our posture of arrogant certitude in favor of a more discerning stance. We must more faithfully exercise discernment when it comes to thinking through and interacting with others regarding politics, preferences, orthodoxy, and history. Are there hills to die on? Yes. However, we must redirect our gaze to the hill of calvary, the hill of death, that we might see the call to make lesser hills those of discernment and life.

← For Sinners
Hermeneutics of Humility →